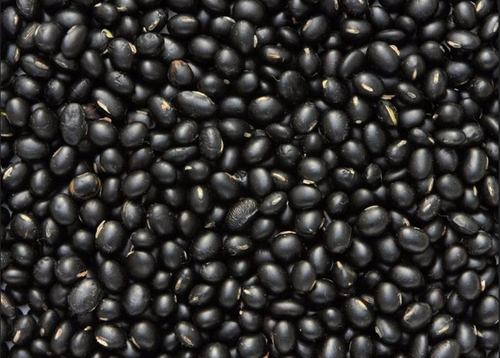 In the Himalayan hills of Uttarakhand, a variety of glycine Max is called black soya bean. It is known as a rare crop native to China and is black. The people of Uttarakhand commonly know this legume with the name Bhatt ki dal and is a frequently cooked delicacy that dominates the Pahadi households. This magical bean is a perfect blend of flavors and nutrients. Organic Bhatt is typically harvested in October and November and is a good source of iron and plant-based protein.

Black soybeans can be cooked in a variety of ways and are a healthier alternative to higher-carb beans. The black soybean offers great taste and aroma, as well as excellent health benefits, whether it's bean salads, the highly regarded Bhatt ki dal, or the traditional Kumaoni Bhawani. A significant component of the Pahadi diet is this organic Bhatt

Owing to its various medicinal properties the black soybean benefits the body. It is considered an important part of the regular diet in the Kumaon and Garhwal region. The variety of Health benefits offered by the consumption of organic Bhatt can be listed as:

• Being cholesterol-free, these beans prevent any kind of cardiovascular disease along with maintaining low blood pressure.

• It's regular consumption through adding some Soya flour to wheat flour helps prevent the number of ailments and diseases.

• The black soybean is rich in iron magnesium copper manganese potassium and many other minerals.

• Organic Bhatt is full of unsaturated fats and helps you to get your Omega 6 and Omega 3 fatty acids.

• The presence of antioxidants makes consumption of Bhatt ki dal much more important, resulting in better skin health and body functions. Several studies have suggested that increasing consumption of Black beans reduces the risk of diabetes, obesity, and few kinds of cancer in humans.

Bhatt is one of the fastest and easiest legumes to prepare and is comparable to other legumes. Some of the delicacies that can be using black soya beans are

One of the most common yet authentic black soya bean recipes from the land of Garhwal is Bhatt ki dal. Using some very basic ingredients this curry is usually eaten with rice and forms to be another simple yet healthy food. While preparing this the Bhat beans are first roasted well along with cumin seeds. This is later, ground well and saute along with ginger garlic, and green chilies. Later on, the mixture is cooked further after adding all the spices and a few tbsp of wheat flour. Water is added to it and cooked till It turns light brown. Temper with some ghee and enjoy aromatic Bhatt ki dal.

From the Kumaon region, Bhatwani is one of the foremost preferred dishes made using organic Bhatt. People and the Kumaon region usually call it with name Bhatt ki Churdkani. In order to enhance the taste and flavors, the Bhatwani is cooked in iron pans or kadhai. In this recipe, the Black beans are roasted and grind to form a coarse powder. The coarse powder is further cooked into a semi-liquid soft solution and tempered with coriander leaves along with some pure ghee.